Accidents Caused by a Drunk Driver 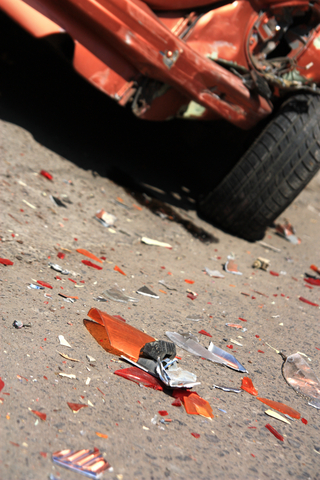 Injured by a Drunk Driver?

North Carolina auto accident statistics show that year after year, drunk drivers cause a high percentage of car crashes resulting in fatalities or serious injuries. While only 5% of crashes in 2010 involved alcohol, 33% of all fatal crashes were caused by impaired drivers[1]. For the individual who is seriously harmed, maimed or physically disabled in a DWI crash that was not their fault, their life has been irrevocably changed. In a fatal DWI crash, the family and friends left behind will mourn the loss of their loved one forever. Merritt Webb recommends that you speak to an auto accident attorney to get legal advice if you have been injured or you have lost a loved one as the result of a DWI crash.

In 1983, North Carolina enacted the Safe Roads Act, consolidating drunk driving laws into one with the label “driving while impaired” or DWI. Law enforcement officers are trained to recognize behaviors that may indicate an individual is impaired by alcohol and/or drugs, or a blood test may be given to verify the driver’s “BAC” or blood alcohol content. If this test returns a value of .08 or above, the driver is considered legally impaired. Even if the driver has not caused an auto accident, being arrested for DWI is very costly.

The DWI statutes in North Carolina allow law enforcement officers to set up checkpoints to test drivers for impairment. They also prohibit any open containers of alcohol in the vehicle. First time offenders who are convicted will lose their driver license for one year. Subsequent offenses incur more severe penalties. If an impaired driver causes the death of another – either a passenger in his or her vehicle, an individual in another vehicle, or a bike rider or pedestrian – the impaired driver may be charged with vehicular manslaughter.

An individual may be held liable under the law if his or her negligence results in injury to another. Negligence is defined as a failure to take reasonable care when acting. The standard for comparison is basically looking at what an average individual would do in a similar situation and determining if the actions of the at-fault party were outside of this standard. Driving while impaired is generally considered a negligent act, so the driver may be held responsible for all injuries or deaths resulting from his or her choice to drive while impaired.

What Should You Do?

If you have been injured in a DWI crash (or any auto accident) that was due to the negligence of another driver, you should speak to an attorney to learn your rights. There are many nuances in personal injury law, especially in North Carolina. If you fail to act in a timely manner, you may lose your rights to recover damages to pay for your medical expenses, lost wages, pain and suffering and more. Call us at 1.800.556.8404.

No guarantee as to currency of information: Due to how quickly the law can change without advance notice, the information contained in this website is not and cannot be guaranteed always to be completely up-to-date. We try to keep it current with frequent updates and review, but that is not always possible on a day-to-day basis.